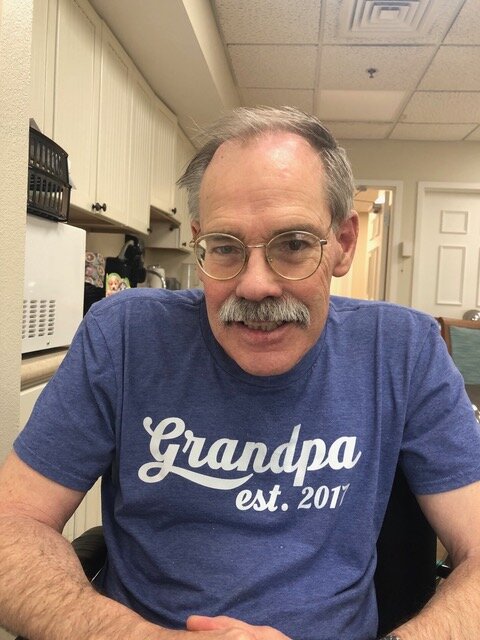 Michael Albert Emmenecker, 69, of Barrington, RI, passed away May 28, 2022 after a 25-year battle with Parkinson’s disease, at Dawn Hill Nursing Home & Rehabilitation Center in Bristol, RI. Though his life was cut short by a devastating disease, Emmenecker had a tremendous impact on many, always offering a laugh, a helping hand, and sports trivia to those around him.
Born (August 5, 1952) and raised in Saginaw, MI, the son of Patricia (Slowin) and the late Thomas Emmenecker, he took great pride in his hometown. A “tinkerer” while growing up, he made construction his ambition and lifelong pursuit. Emmenecker attended St. Stephens K-12 in Saginaw before graduating from Michigan State University in 1974 with a degree in civil engineering. After college, he worked with the Federal Highway Administration, which took him to California, Colorado, Minnesota, and eventually Massachusetts where he met his wife, Jo Ann Cannata. In 1979, he returned to Saginaw to work for J.R. Heineman & Sons, a general contracting company where his father, Thomas, was serving as president. Starting as an estimator, Emmenecker became vice president in 1989 and president in 1995. Under his leadership, the organization quadrupled in size and doubled in volume. During his rise at Heineman, Emmenecker managed a field of 100 tradespeople, served as president of the Michigan Chapter of the Associated General Contractors of America in 2005, and was inducted into the Michigan Construction Hall of Fame in 2016. Described by his peers as “hard-working” and “fiercely loyal,” contractors and union leaders alike respected and admired the way he handled himself as lead negotiator during collective bargaining agreements. Emmenecker’s focus on relationships and his “roll up your sleeves and get it done approach” helped him achieve success as a businessman and trade organization leader – but perhaps most importantly, it helped others achieve success as well. “I’m lucky to have learned a lot throughout my career. But no lesson rang more true than understanding that the role of an employer is that of a servant. Hiring and working with good people is what I look back on most fondly. Some days I miss working. But every day, I miss the friends and colleagues I worked with along the way,” Emmenecker said. Emmenecker took on the role as servant in his local community as well, serving on the Saginaw Zoning Board of Appeals, volunteering at the YMCA and Castle Museum, and coaching youth sports. In his personal life, Emmenecker sustained lifelong friendships with many of his grade/high school buddies. He enjoyed Sunday basketball, annual camping trips, and sporting events (particularly Michigan State football, Detroit Tigers baseball, and later, Drake basketball). A jokester, Emmenecker was known for his sense of humor and ability to connect with people. Nothing, however, made Emmenecker happier or prouder than sharing in and celebrating the life and accomplishments
of his children, Sara and Adam. In the final years of his life, he was overjoyed to become a grandfather to Emmett (5) and Teddy (3). Besides his wife of 41 years, Jo Ann Cannata, and mother, Patricia Emmenecker, Emmenecker is survived by daughter, Sara Emmenecker (Stephen Hendriksen) and grandsons, Emmett and Theodore Hendriksen of Barrington, RI, son, Adam Emmenecker of Des Moines, IA, brothers, Daniel (Rebecca) of Bay City, MI and Stephen Emmenecker (Jodi) of Novi, MI, sister, Janis Hall of Saginaw, MI, brother-in-law, Robert (Sharon) Cannata of East Freetown, MA, adoring nieces and nephews, and many dear friends and former colleagues. Emmenecker was preceded in death by his father, Thomas Emmenecker, brother-in-law, John Hall, and aunt, Kathryn Muenzer.

MEMORIALS: In lieu of flowers, memorial donations may be made to the Michael J. Fox Foundation, your local chapter for Parkinson’s research, or your local YMCA.

The Deisler Funeral Home is honored to be serving the Emmenecker family. For additional information/on-line condolences please visit www.weremember.com/michael-emmenecker/3l2q/memories or www.DeislerFuneralHome.com

To send flowers to the family or plant a tree in memory of Michael Emmenecker, please visit Tribute Store
Tuesday
28
June