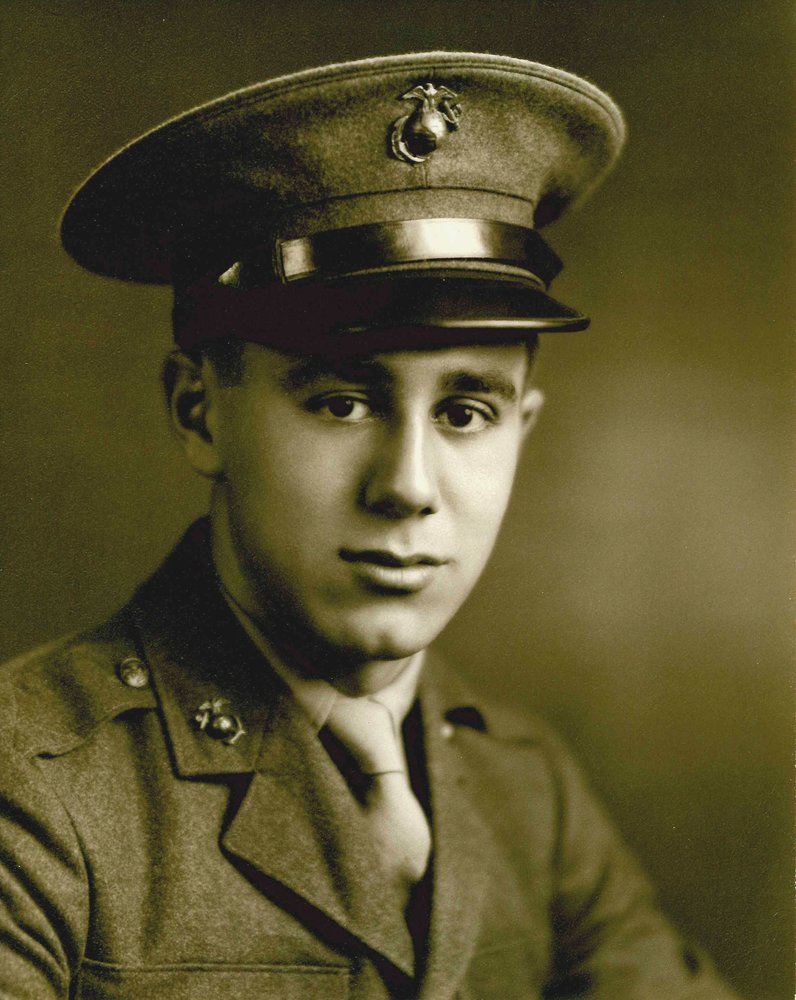 Picard, John A. “Coach” Saginaw, Michigan Our beloved husband, father, grandfather, brother, dear friend and mentor passed away on Thursday, April 8, 2021 at Covenant Healthcare – Cooper. He was 93 years old. John Alfred Picard was born on June 3, 1927 in Saginaw, Michigan to the late Frank and Ruth (Doersam) Picard. John attended Holy Family Catholic School. He was a proud graduate of Saginaw High School where he quarterbacked the football team to the State Championship. He proudly served his country with the Marine Corps from 1945-1946. John returned to Saginaw and attended the University of Michigan, where he received his Undergraduate Degree and a Master’s Degree in Education. John married Kathryn Patricia McGurrin, and together they had five children. He began his teaching career and his life time passion to coach young people at Albion High School where he coached track and football. Following Albion, he moved up north to Traverse City High School, where he successfully coached the track team to the school’s first State Championship in 1952. John and Pat returned to the Tri-City area in 1954 and he went to work for Dow Chemical in product education and advertising. John left Dow Chemical to attend Detroit College of Law, graduating in 1967, earning his Juris Doctorate. John opened his private practice in Saginaw, and taught night school at Delta College. While his children were young John enjoyed coaching 12 years of flag football, the “Picells.” The Picells were so successful that eventually he had to create a second team, the “Vikings.” Hundreds of young men were mentored and influenced by John and to this day addressed him as “Coach.” He was extremely proud of these boys as he watched them grow into respectable, accomplished men. He considered all of them part of his family. John was an educator and mentor at heart, and unselfishly gave of his time to young people and the Saginaw Community. He married Robin Elizabeth Albrecht on November 25, 1992, at Holy Family Catholic Church, where he had been a faithful member. John loved to travel all around the world and was a voracious reader. John is survived by his devoted wife, Robin E. Picard; children: Peter John Picard, Christopher A. (Patricia) Picard, Michelle P. (William) Richter, Jeffrey Andrew “Drew” Picard (deceased) and Guy Francis Picard; step-children: Erin (Craig) Buckley and Ian Swope; grandchildren: Katie, John, Kelly, Emily, Christopher, Isabelle, Taylor, Paige, Peyton, Adrienne and Alex; great-grandchildren: Alexis, Jakob, Blake, Kalie, Evelyn and Sophia; sister, Pat Burbott; many nieces, nephews, extended family and dear friends. John was preceded in death by his older brother, Frank Picard; older sister, Ruth Mary Campbell. GATHERING: In keeping with John’s wishes, cremation has taken place. John’s family and friends will gather at the Deisler Funeral Home, 2233 Hemmeter Rd. (off State), Saginaw, MI 48603 on Tuesday, April 20, 2021 from 2:00 p.m. until 6:00 p.m. In keeping with mandated ordinances and for the safety of the community, face masks are required, social distancing and gathering guidelines will be observed. MEMORIALS: In lieu of flowers, those planning an expression of sympathy may wish to consider a donation to the Saginaw Rescue Mission. Please share your thoughts and memories with the family at the funeral home or through www.DeislerFuneralHome.com
To send flowers to the family or plant a tree in memory of John Picard, please visit Tribute Store
Tuesday
20
April