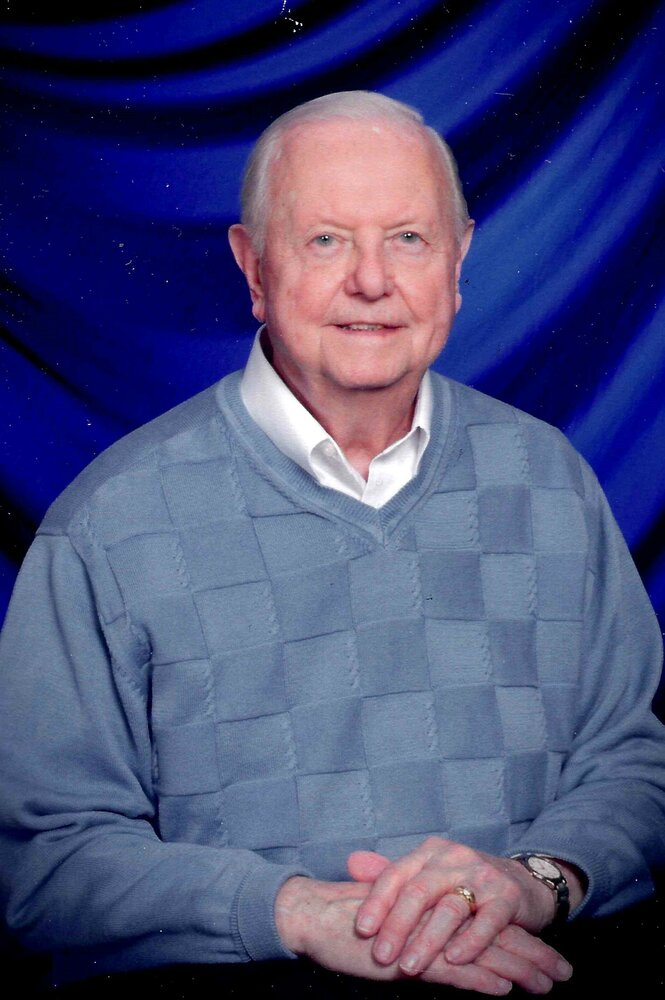 Our cherished father, grandfather, and great-grandfather was reunited in heaven with the love of his life Elsie on Tuesday, January 17, 2023 at St. Mary's of Michigan. He passed away peacefully surrounded by his family. He was 93 years old.

Robert (Bob) Leonard Schade was born on February 1, 1929 in Cleveland, Ohio to the late Herbert and Clara (Gross) Schade. Bob attended St. Michael's Catholic High School in Cleveland, Ohio and graduated in 1947. He married Elsie (Royle) Schade on November 26, 1949 at Our Lady of Good Council in Cleveland, Ohio. She preceded him in death on January 15, 2014.

Bob honorably served in the U.S. Army in active military and reserves from 1953 to 1960, reaching the rank of corporal and stationed in Japan and Greenland. After his service, Bob began a 40-year career at General Motors, Corp. in the Electro-Motive Division. In 1977, he became comptroller for Central Foundry Division in Saginaw, Michigan and retired on June 1, 1990 to enjoy more time with his family and grandchildren.

Bob was a founding member of St. John Vianney Catholic Church. He served on the parish council and on the building and finance committees. He held advisory posts at St. Mary’s Medical Center and served the Saginaw County United Way on the agency’s Leadership Circle campaign.

Bob enjoyed cooking, golfing, and traveling, but most of all enjoyed spending time with his family and friends. He took immense pride in his family and always found joy in planning family vacations. Bob loved people and bringing them together, and he had a special gift of making everyone feel warm and welcomed. His generosity was unmatched, and he never hesitated to provide anything to anyone who found themselves in need. Many can recall the parties he and Elsie threw—gatherings that served as a place for family and friends to celebrate together. They especially enjoyed opening their home on Christmas Eve to those unable to be with loved ones during the holidays.

The family would like to extend a special thank you to the staff at St. Mary's of Michigan for their compassionate, loving care.

VISITATION: Friends are welcome to visit the Deisler Funeral Home, 2233 Hemmeter (off State) on Friday from 2:00 p.m. until 8:00 p.m. On Friday evening, a Vigil Service will take place at the funeral home at 7:00 p.m. Visitation will continue on Saturday morning at the church from 10:00 a.m. until the time of service.

MEMORIALS: Those planning an expression of sympathy may wish to consider memorials to Wounded Warriors or St. John Vianney Church. Please share your thoughts and memories with the family at the funeral home, church, or online at www.deislerfuneralhome.com

To send flowers to the family or plant a tree in memory of Robert Schade, please visit Tribute Store
Friday
20
January

Look inside to read what others have shared
Family and friends are coming together online to create a special keepsake. Every memory left on the online obituary will be automatically included in this book.
View Tribute Book
Share Your Memory of
Robert
Upload Your Memory View All Memories
Be the first to upload a memory!
Share A Memory
Send Flowers
Plant a Tree