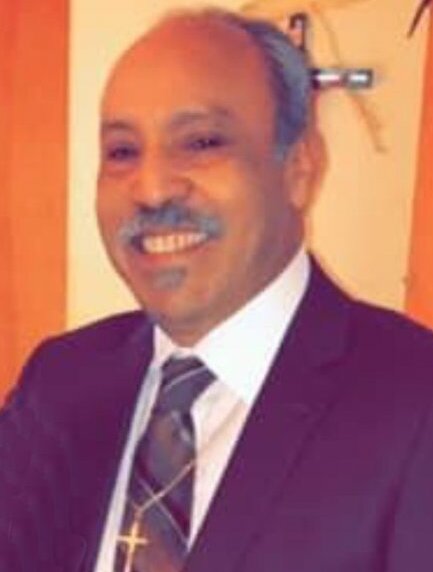 Please share a memory of Enrique to include in a keepsake book for family and friends.
View Tribute Book

Enrique “Henry” DeLaCruz gained his wings on Saturday, November 26, 2022 - age 63. His wife, Jeanne, kids, and special loved ones were at his bedside for his last goodbyes. Enrique fought with everything in him, a courageous battle with cancer. Loving husband, father, grandfather, brother, uncle and Godfather. The son of the late Juan and Trinidad (Orosco) DeLaCruz, Enrique was born on November 12, 1959 in Three Rivers, Texas. He married the ‘love of his life’ Jeanne Hernandez on November 15, 1993 in Saginaw, Michigan.

Enrique was employed by Hemlock Semiconductor Corporation, retiring after several years of service. He was a member of New Beginnings Ministries for many years. Enrique is best described by his nieces and nephews as a ‘father of fathers’, the ‘family enforcer’, the uncle that could get the younger kids to settle down and behave, by just the tone of his voice. He was very much respected, as he wouldn’t allow it to be any other way. In his 29 years together with Jeanne, he enjoyed listening to good music and dancing to it all with her. They were either cutting a rug to oldies, or gliding magically in unison to Mexican music on any dance floor. Enrique was big confident and loved to dress up when they went out. He got a kick out of hearing his wife give him compliments on his look and he ate them up like candy – he knew he was sharp and looked good, because Jeanne made sure to let him know every chance she got. She loved him up, and he never had to doubt it. Some of their best times were shared traveling to sunny, warmer states creating countless memories on Florida beaches, in the Texas heat, and on the island of Puerto Rico.

Enrique was preceded in death by his siblings: Jose Luis, Tomasa, Miguel, Andres, Jesus, and Felipe; grandchildren: Enrique and Sofie.

MEMORIALS: Those planning an expression of sympathy may wish to consider memorials to American Cancer Society.

Deisler Funeral Home is honored to serve the DeLaCruz Family. Please share your thoughts and memories with the family at the funeral home or through www.deislerfuneralhome.com.

To send flowers to the family or plant a tree in memory of Enrique DeLaCruz, please visit Tribute Store
Saturday
3
December

Look inside to read what others have shared
Family and friends are coming together online to create a special keepsake. Every memory left on the online obituary will be automatically included in this book.
View Tribute Book
Share Your Memory of
Enrique
Upload Your Memory View All Memories
Be the first to upload a memory!
Share A Memory
Send Flowers
Plant a Tree