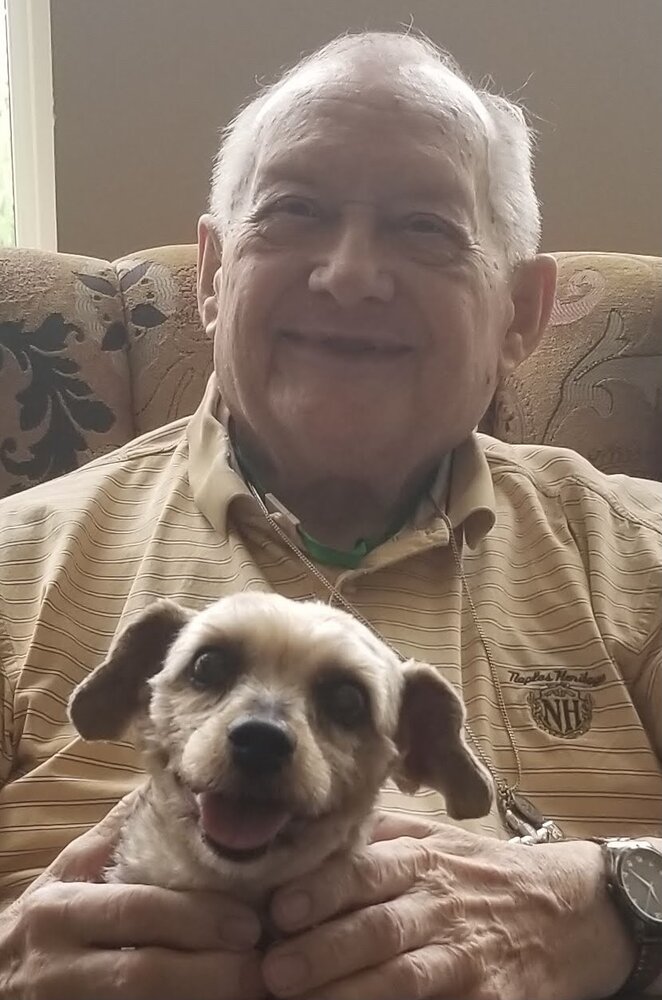 Richard Donald Lewandowski, 88, originally of Saginaw Michigan, passed away Thursday, November 25, 2021. He was born October 29, 1933, to Paul Sr. and Mary (Waskowiak) Lewandowski, in Broken Bow, Nebraska, one of seven sons. He enjoyed his early years on the family farm riding his pony Cupid to and from school. Shortly after graduating high school in 1951, Richard and a few close friends drove to Cheyenne Wyoming, and enlisted in the Navy. He proudly served for four years during the Korean War, spending most of his time on the USS Boxer’s Admiral’s Staff in the Pacific. After returning to the States, he completed his degree at the University of Nebraska and met/married his first wife, Eileen (Smith) Lewandowski in 1959. They raised four sons in Saginaw while Richard worked his way up to Plant Superintendent at General Motors and simultaneously earned his master’s degree from his beloved University of Michigan. The next few years were spent with Indian Guides, boating on Sanford Lake with his boys, camping, exploring, tinkering in his garage, and spending time with family. Eileen passed in 1979, and Richard met and married Kathryn (Newton-Fisher) Lewandowski in 1986, enjoying retirement in Seminole, Florida, until her passing in 2013. Richard’s later years were spent with more tinkering time and watching his beloved football teams, Nebraska, Michigan, and Missouri. In his twilight years, Richard moved back to Michigan to be close to family and loved to find anyone to listen to a “little story about the far western end of Nebraska”. He loved his special days of slipping forbidden treats to his little buddy, Teddy. He will be greatly missed.

FUNERAL SERVICE: A Funeral Liturgy will take place at 11:00 a.m. Friday, December 10, 2021 at St. Dominic – St. Stephens Church, 1310 Malzahn St. Rev. Fr. Steven M. Gavit will officiate. Richard will be laid to rest at St. Andrew’s cemetery with Eileen and Dan close by. Military Honors will be conducted under the auspices of the United States Navy and American Legion Post # 439.

MEMORIALS: In lieu of flowers, those planning an expression of sympathy may wish to consider memorials to a charity of your choice.

Deisler Funeral Home is honored to serve the Lewandowski Family. Please share your thoughts and memories with the family at the funeral home, church, or through www.deislerfuneralhome.com.

To send flowers to the family or plant a tree in memory of Richard Lewandowski , please visit Tribute Store
Thursday
9
December