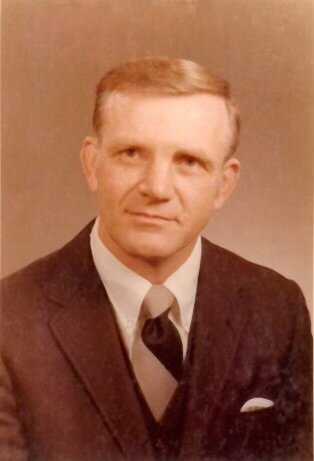 John Harry Vudures passed away in his home in Saginaw on October 30, 2021. He was 86 years old. John was born during a snowstorm in Saginaw at St. Luke’s Hospital on February 25, 1935, the son of Harry J. and Isabelle A. (Wizner) Vudures. John was very proud of his Greek heritage. He married Marilyn Bader in 1956 and they had 6 children, Grace, Amy, Jennifer, Elizabeth, John P. and Nicholas.

John worked in construction most of his life, notably on the administration buildings during construction of the Mackinaw Bridge in 1957, as a ceiling installer for Tri-City Acoustical, as a contractor for Owens-Corning Fiberglass for many years and helped build Fashion Square Mall, and later had his own companies, Valley Acoustical and Interstate Acoustics. John was a very hard worker and proud that he worked his way up from a young boy working in his father’s “Hollywood Restaurant”in Saginaw as a dishwasher and cook, and as a shoe shine boy for Valet Hatters & Cleaners in Saginaw and then eventually owning his own businesses. He was an excellent carpenter and in the 1960’s the first home he owned was an old farmhouse in Kochville Township that he completely remodeled.  He also designed and finished his current home.

He was a 3-year US Army Veteran and served a year in the Korean War as a combat engineer and cook. He was awarded the Korean Service Medal w/1 Bronze Service Star, the United Nations Service Medal, the National Defense Service Medal and the Good Conduct Medal. He was discharged from Active Duty as a Corporal in 1955. John was an avid bowler and fisherman in the 1960’s and 70’s and later enjoyed golfing for many years.

MEMORIALS: In Lieu of flowers those planning a memorial contribution are asked to consider the American Legion Post 229 in Blumfield Twp.

Deisler Funeral Home is honored to be serving the Vudures family; please share your thoughts and memories with the family at the funeral home, cemetery or through www.DeislerFuneralHome.com

To send flowers to the family or plant a tree in memory of John Vudures, please visit Tribute Store
Saturday
6
November