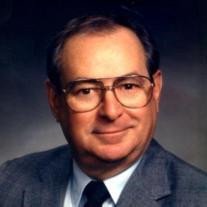 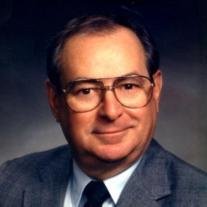 SULLIVAN, Richard F. of Saginaw passed away on Tuesday, April 26, 2011. He was 81 years old. He was born April 21, 1930 in Saginaw to the late William Sr. and Helen (Kostrzewa) Sullivan. He married Esther Schoen and together they had four children. She predeceased him in 1976. Dick later married Thomasine Ellery on October 23, 1992 at St. Stephens Catholic Church.Dick received a Catholic education at St. Mary's Catholic School and St. Joseph's High School. He served his country in the U.S. Navy in 1946 and later in the U.S. Army from 1948 to 1950. Dick spent most of his life in the family restaurant business know as Sullivan's. Along with his brothers, Dick was the founding partner of Sullivan's West, Sullivan's North and a third location in Midland. He worked in the Gratiot Rd. restaurant until his retirement in 2009. Richard was a member of the Michigan and National Restaurant Associations, Saginaw Chamber of Commerce and served for many years on the Saginaw Township Compensation Committee. He is a member of the American Legion Post 439 and was a past member of the Sawmill Golf Club, Saginaw Country Club, Maple Hill Golf Club and Fordney Club. He enjoyed golf and snow skiing which he did into his mid 70's. Dick also took great pride and pleasure in his yard work and garden. Left to cherish his memory besides his wife Thomasine are four children: Janeen (Rich) Miller of Troy, Kristen (Dan) French of Pinckney, Rebecca (Michael) Sovansky and Craig Sullivan; one stepson: Adam Karnath of Bay City; six grandchildren: Leah and Ben French, Erin and Alexandra Sovansky and Jeffery and Amanda Miller; two step grandchildren: Portia Sovansky of Orlando, FL. and A.J. Karnath of Bay City; three brothers: William Sr. (Phyllis) Sullivan, Patrick (Haney) Sullivan both of Saginaw and James (Joan) Sullivan of Augres; two sisters: Maureen (Patrick) Brady of Saginaw and Susie (Bob) Sevo of Augres; In-laws: Arnie and Bernice Schoen, Harry and Connie Putnam, Janet Ellery, Thomas and Carla Ellery, Patrick and Adele Ellery and many nieces and nephews. FUNERAL: Funeral Liturgy will take place at 11:00 a.m. on Monday, May 2, 2011 at St. Stephen Catholic Church, 1310 Malzahn. Rev. Fr. James G. Heller will officiate. Rite of Committal will follow in St. Andrew Cemetery. VISITATION: Friends are welcome to visit at the Deisler Funeral Home, 2233 Hemmeter Rd. (off State) on Sunday, May 1, 2011 from 1:00 p.m. to 8:00 p.m. A Vigil service will be held at 4:00 p.m. Dick will lie in state at church on Monday from 10:00a.m. until the time of Mass. MEMORIALS: In lieu of flowers those planning an expression of sympathy may wish to consider memorials to the American Heart Association or the American Lung Association. Please share your thoughts and memories with Richard's family at the church, funeral home or through www.deislerfuneralhome.com.
To send flowers to the family or plant a tree in memory of Richard Sullivan, please visit Tribute Store
Services for Richard Sullivan
There are no events scheduled. You can still show your support by sending flowers directly to the family, or planting a memorial tree in memory of Richard Sullivan.
Visit the Tribute Store
Share Your Memory of
Richard
Upload Your Memory View All Memories
Be the first to upload a memory!
Share A Memory
Send Flowers