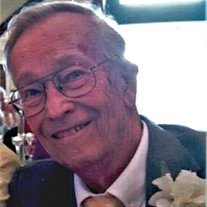 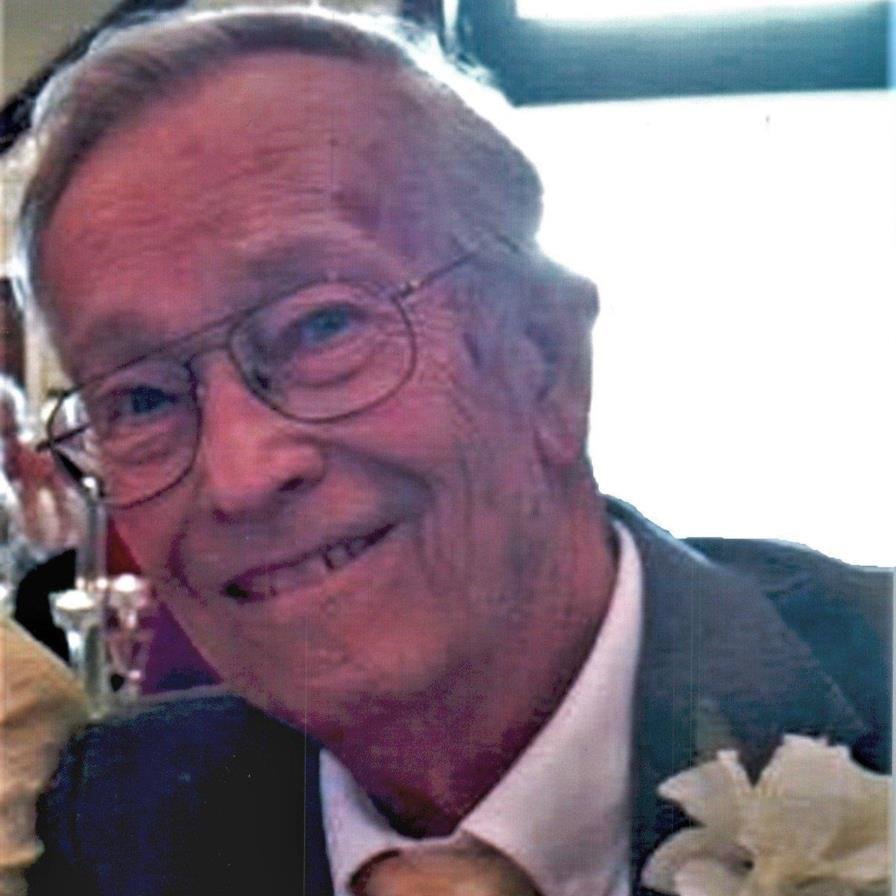 Obituary of Donald A. Lyons

Lyons, Donald "Don" A. Saginaw, Michigan Beloved husband, father, grandfather, and great grandfather arrived at the heavenly gates of his eternal home on Monday, February 8, 2021, he was 88 years old. Donald Arthur Lyons was born April 29, 1932 in Saginaw, Michigan to the late Francis and Margaret (Wagner) Lyons. He graduated from Arthur Hill Trade School. Don then joined the United States Army, proudly serving in the Korean War, where he was the recipient of the Purple Heart. He was employed by Consumers Energy, retiring in 1994. Don married the love of his life, Virginia "Toots" Kellett on June 2, 1956 at Warren Avenue Presbyterian Church in Saginaw. She survives him. Don was a very active volunteer with Boy Scout Troop 304 for over 50 years. He enjoyed teaching scouts skills needed to achieve their merit badges, especially knot tying. Don loved camping, including the winter polar bear camps. He attended many outings at Camp Rotary and Bear Lake. Don received some of the highest scouting accolades including the Silver Beaver and the God and Country award for his dedication to the troop. He was also very active with the American Legion Post 439. Don served as the post historian, served on the honor guard, and as a chaplain. He also participated for many years in Veteran's Day parades and memorial services. Don was also very active with the Korean War Veterans Organization. He was a member of the Purple Heart Society and VFW Post 1859. You could always find him selling poppy flowers for fund raising and he would help run Monday bingos at the VA Hospital. He was a former member of Warren Avenue Presbyterian Church for over 50 years. Don served on many session committees, visited sick members in the hospital, and ushered for many years. After the closure of Warren Avenue Presbyterian Church, he began attending Countryside Trinity Church. Don will be deeply missed by one daughter and two sons, Sue (Doug) Kohl, Rick (Terri Stark) Lyons, and Chuck Lyons; five grandchildren, Nick Bernard, Jill Bank, Brett (Niki) Lyons, Blake Lyons, and Brooke Lyons; five great-grandchildren, Mia, Evelyn, Junior, Emmitt, and Maguire; one sister, Sandra Bean of Rose City; brother in-law, Dave (Marti) Kellett of Saginaw; sisters in-law, Bonnie (Lou) Blank, Sandy Devito, Ivaleen Kellett, and Marcia Bennett; Don is also survived by many nieces, nephews, extended family and friends. Don was preceded in death by his brother, Herb Lyons; brothers in-law, Jack Kellett, Robert Bennett, and Wesley Bean; son in-law, Jay Bernard. FUNERAL SERVICE: A Funeral Service will take place at 12:00 p.m. Friday, February 12, 2021 at Deisler Funeral Home, 2233 Hemmeter Rd. (off State). Rev. Brant Piper will officiate. Committal service to follow at Roselawn Memorial Gardens. Military Honors will be conducted under the auspices of the United States Army and American Legion Post # 439. VISITATION: Family and friends will gather at the Deisler Funeral Home, 2233 Hemmeter Rd. (off State) on Thursday, February 11, 2021 from 4:00 p.m. until 8:00 p.m. Visitation will continue at the funeral home on Friday from 11:00 a.m. until the time of service. In keeping with mandated ordinances and for the safety of the community, face masks are required, social distancing, and gathering guidelines will be observed. MEMORIALS: In lieu of flowers, those planning an expression of sympathy may wish to consider memorials to Boy Scout Troop 304 of Countryside Trinity Church. Deisler Funeral Home is honored to serve the Lyons family. Please share your thoughts and memories with the family at the funeral home or through www.deislerfuneralhome.com.
To send flowers to the family or plant a tree in memory of Donald Lyons, please visit Tribute Store