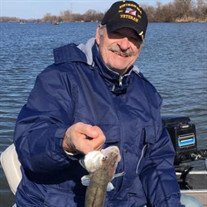 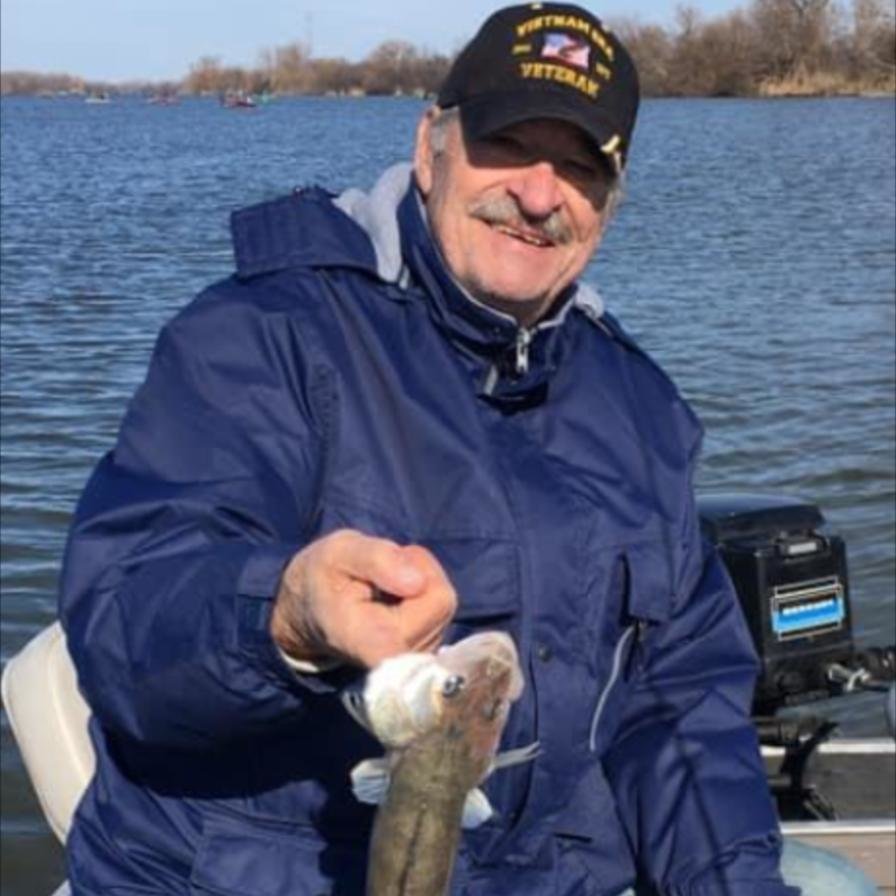 After a long battle and much loving care from hospital workers, complications brought on from the Covid-19 virus took James Patrick St Onge Jr. at Covenant Cooper Hospital on December 6th, 2020 at 8:30pm. He passed peacefully from this world unto Heaven with so much love surrounding him during this journey, as he was in the company of his three boys while he left this Earth and his Lord and Savior Jesus as he arrived in Heaven. James was born to James and Beatrice (Clemens) St. Onge in Alpena. MI on April 2nd, 1943. He graduated from Midland High in 1962. Hired into Dow Chemical June 1963, he held many positions and after 33 years he retired from Labor Relations in 1996. On July 25th, 1964 James married the love of his life Connie Emerson in Freeland, MI. Drafted into the army, December 5th, 1966, he became a Drill Instructor and trained troops during the Vietnam era until his honorable discharge at rank Staff Sergeant on December 5th, 1968. Soon after he joined the American Legion Berry Hill Post 165 and became the Drill Instructor of the drill team and firing squad. After retirement, James also worked many years at Delphi in Saginaw as a lab technician. James was an avid fisherman. He absolutely loved spending time on the water with his boys, grandchildren, best friend Norm, or on his own, reel in hand and a tune whistling on his lips. Whether it was ice, fly, deep sea, lake, or river fishing, he loved it all and always was encouraging those around him that the fish were about to bite. James was preceded in death by his parents James and Beatrice (Clemens) St. Onge and sister Sandy (Ray) Sanchez. He is survived by his wife Connie (Emerson) St. Onge. His sons Jim (Lori) St. Onge, Nick St. Onge, and Andy (Kim McMann) St. Onge. His grandchildren James, Hailey, Noah, Andrew, Saylor, Keaton, Matty, Jordan, Holden, and Layne. His siblings Barry (Terry) St. Onge, Denise (Mike Stemen) St. Onge, and Paul St. Onge. A beloved family member Tim Wirtz as well as many cousins, nieces, and nephews. Finally, his cat Blue who followed him everywhere and would sit by the door when he was out waiting for him to come home. James' wishes were to be cremated and forego a traditional funeral service. His remains will be scattered in various places that were important to him. A memorial service is anticipated to take place in the Summer of 2021 when hopefully more can attend and feel safe doing so. Although the passing of dad was tragic and brings great sorrow, we are at peace that it was God's will and dad's time. He is mourned and missed by many, but we are confident this is not a 'goodbye', just a 'see you later' until we are reunited with him in Heaven. Until then we will remember him as a beloved husband, father, grandfather, brother, and friend and try to live our lives in a way that will make him proud and happy as he watches over us. Deisler Funeral Home is honored to be serving the St. Onge family; condolences may be expressed to the family by visiting www.DeislerFuneralHome.com
To send flowers to the family or plant a tree in memory of James St. Onge, please visit Tribute Store
Saturday
14
August